What is a Fuel Cell?

Fuel cells generate electricity through an electrochemical reaction rather than combustion. Inside a fuel cell, hydrogen and oxygen are combined to generate heat, water and electricity. They represent a clean, efficient, dependable, and quiet source of power that does not need to be recharged, but can continue to produce electricity as long as fuel is available.

How do Fuel Cells Work?

A fuel cell is made up of an anode, cathode, and an electrolyte membrane. The standard fuel cell works by passing hydrogen through the anode of a fuel cell and oxygen through the cathode. A catalyst splits the hydrogen molecules into electrons and protons at the anode and the protons pass through the porous electrolyte membrane, while the electrons are pushed through a circuit, creating an electric current and excess heat. At the cathode, the protons, electrons, and oxygen combine to form water molecules.

What are Electrocatalyst Studies?

By increasing the oxidation or reduction rate, electrocatalysts enable a less energetic pathway for chemical reactions to take place on the surface of an electrode. This is extremely beneficial for energy storage devices such as fuel cells.

Electrocatalysis covers a class of chemical reactions initiated by electron transfers to/from reactants on catalyst surfaces. Fuel cells are considered an attractive option for energy conversion as they provide high efficiency without any pollution. 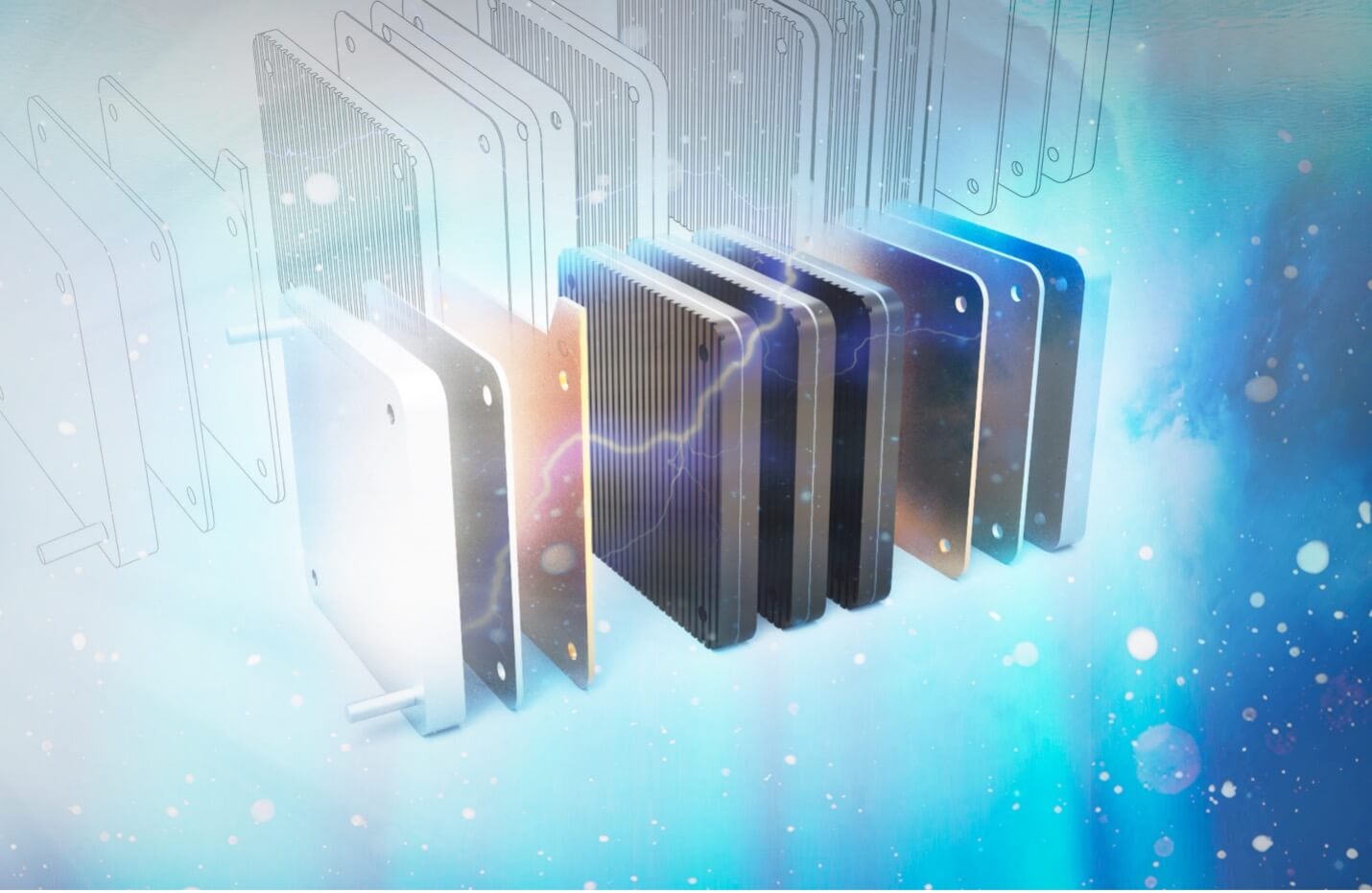 Across the globe, research efforts are focused on enhancing the performance of fuel cells, reducing the level of platinum needed and developing catalysts which are tolerant to poisoning. This research is aimed at lowering the cost, increasing the efficiency and enhancing the durability of fuel cells. All of this will aid in the quicker commercialization of fuel cells.

Platinum based catalysts have thus far proven to be the optimum electrocatalysts in fuel cells. In catalysis, the surface reactions are controlled by the atomic level details of the catalytic surface and as such the catalyst preparation method is important in tuning the morphology and composition of the catalyst.

There are many methods such as conventional physical and chemical, electrodeposition in addition to spluttering methods which are used in the preparation of catalysts. At Hiden Analytical, we have produced a range of high-performance mass spectrometry solutions suitable for characterizing complex heterogeneous reactions. Our electrochemical mass spectrometers pioneer new levels of precision in demanding electrocatalyst studies.